At St. George’s we follow the Letters and Sounds initiative and use the Jolly Phonics programme to teach phonics in Reception and Key Stage 1. This synthetic approach to phonics connects each sound to a memorable action.

Spoken English is generally thought to use 44 sounds, or 'phonemes'. Twenty of these are vowel sounds and 24 are consonant sounds. A phoneme is the smallest unit of sound in a word for example c- a -t  in cat or sh-o-p in shop.

In some words we blend two or three single sounds and say them together very quickly as in bl, cr, dr, gl thr etc.  Children need to understand that these count as separate sounds.

In other words we find digraphs. This is when two letters represent one new sound:

Similarly a trigraph is when we have three letters representing one new sound:

We teach digraphs and trigraphs as joined cursive letters right from Reception.

Remember to pronounce the sounds carefully. Avoid temptation to lengthen sounds as this can really confuse children when they are trying to blend and segment when reading and writing.

Some children struggle with phonics if they consider each letter in a word as a separate sound. For example:

This is why it is vital that we help children to recognise digraphs and trigraphs and we have daily revision sessions in school to go over all the sounds.

It is also important that children learn the names of the letters. We teach them to distinguish between the number of sounds in a word and the number of letters

For example, flower has 6 letters but 4 sounds f-l-ow-er

Tuesday has 7 letters but only 5 sounds t-ue-s-d-ay.

Children need to continuously revisit the sound patterns they have learnt to ensure that they are not just learning them for their weekly spelling tests. We need to make sure that the children retain the more complex sound patterns and apply these when they are reading and writing independently.

Please help your child to learn all the Jolly Phonics actions and sound patterns.

The Jolly Phonics sheets show that sometimes we can represent the same sound in different ways. For example the i sound can be written as:  ie as in tie,

igh as in light,

or i another letter then e as in bike

We often use the idea of sound buttons with the children. Give your child a word and ask them to write the sound buttons underneath. A small circle indicates a single sound and a larger oval represents a digraph or trigraph.

We also use phoneme frames as another strategy to help the children distinguish between different sounds in a word. One sound fits into a box for example:

Draw a phoneme frame if your child is struggling to spell a word. (Remember the number of boxes matches the number of sounds in a word and not the number of letters) Encourage your child to put in the sounds they already know, especially the first sound and the last sound. 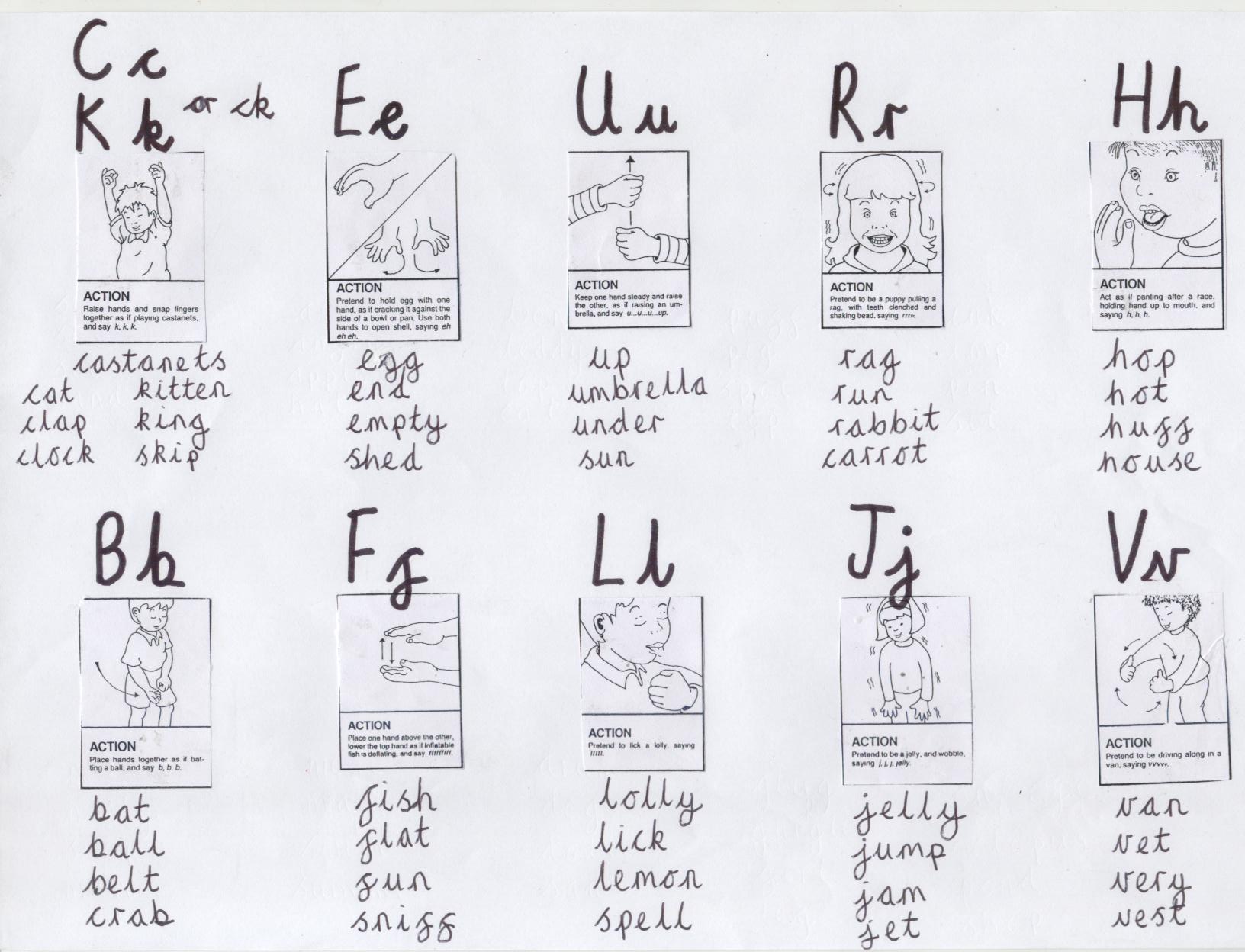 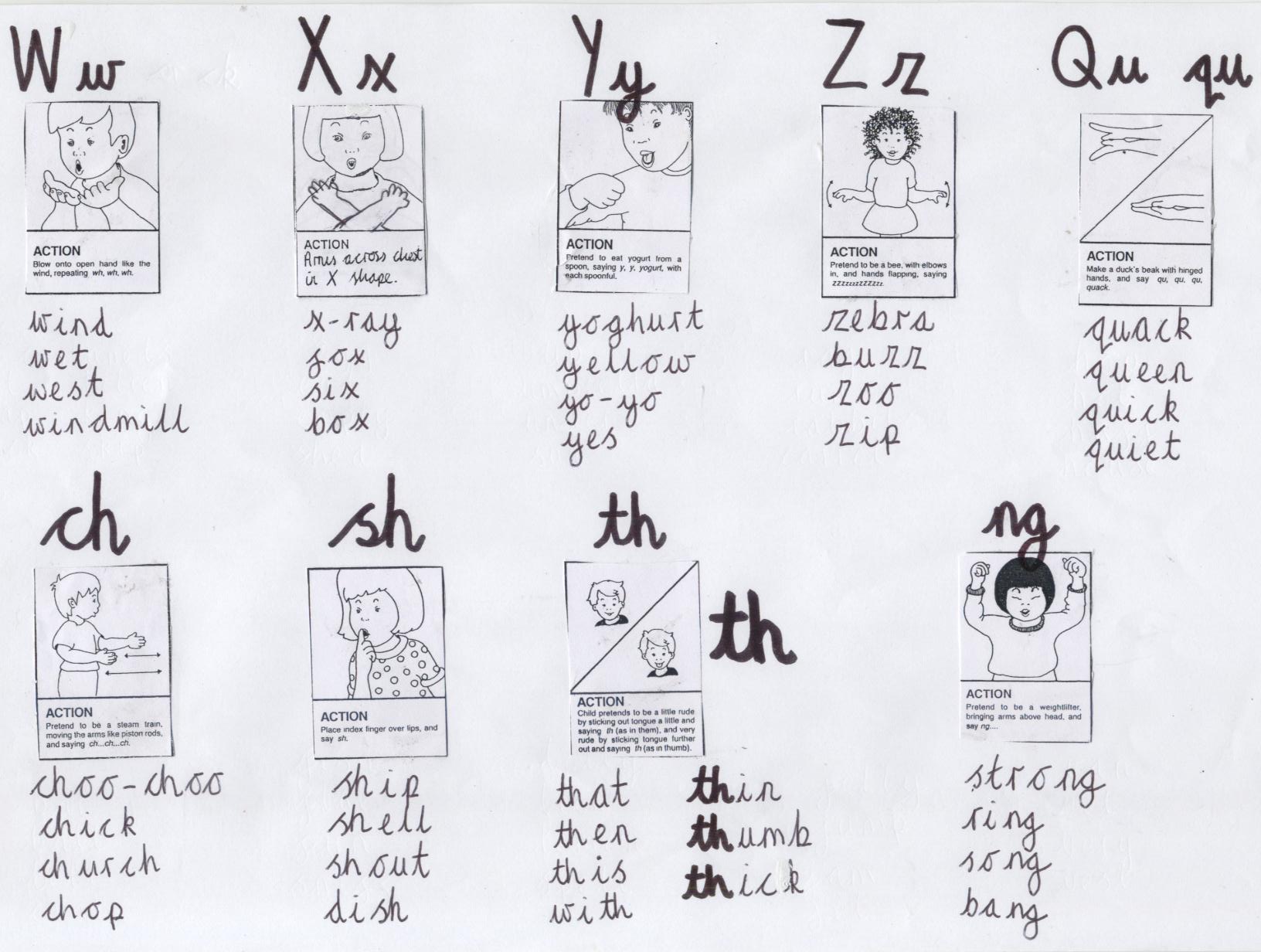 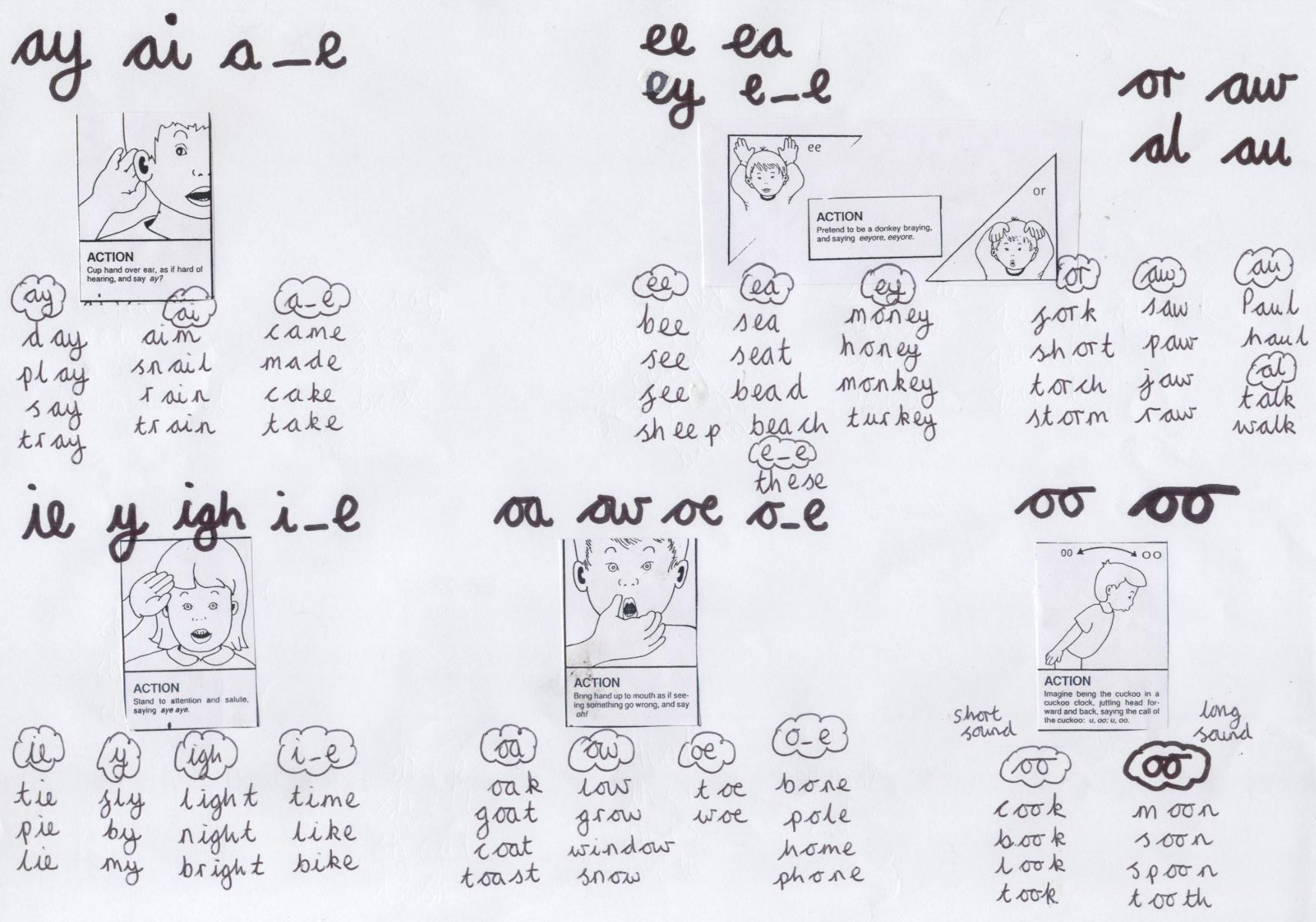 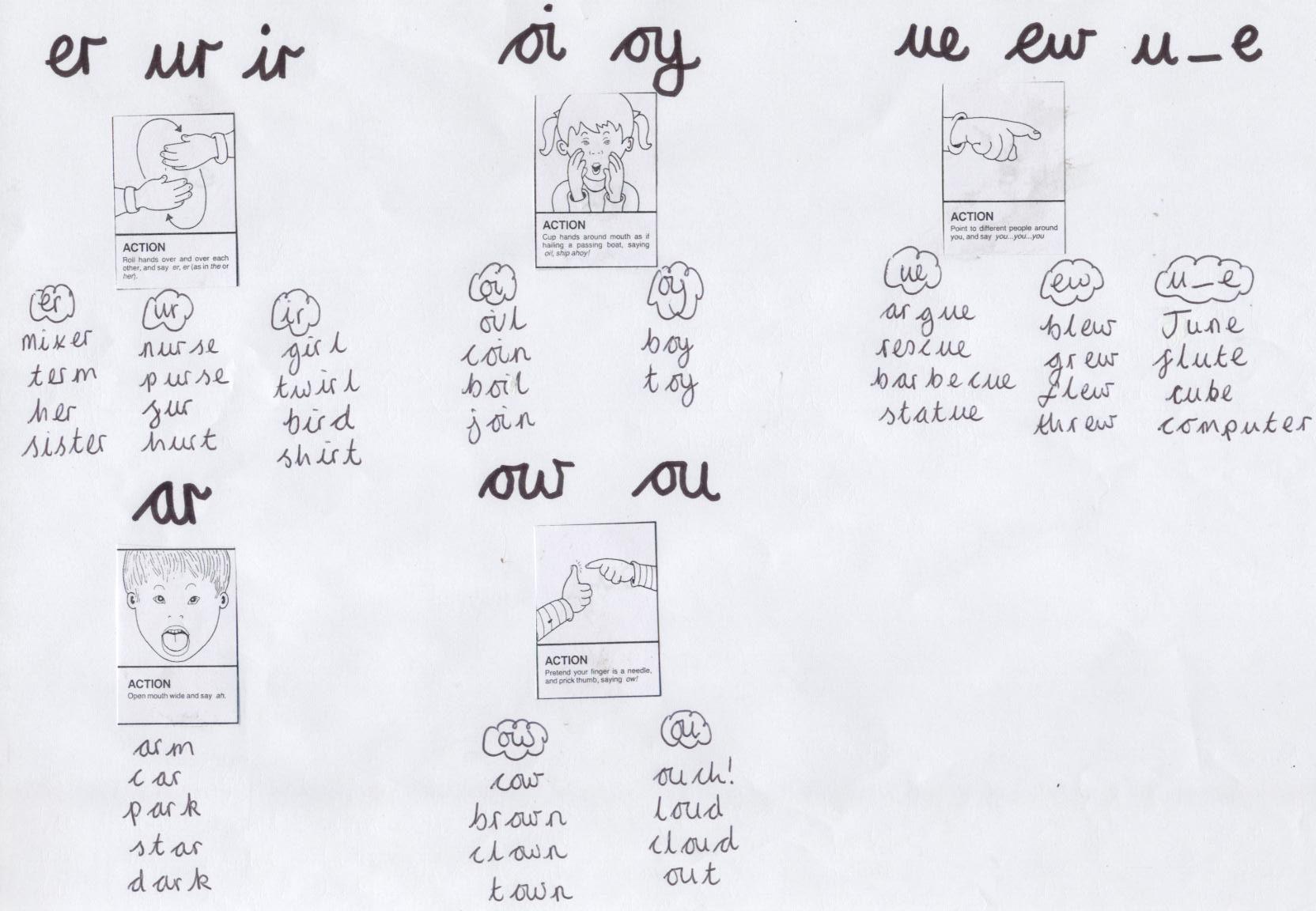