The governing body was reconstituted in November 2014 and the current structure is as follows:

The standard term of office is 4 years with the possibility of reappointment for further terms of similar length. The headteacher differs in that his/her membership of the governing body is ex officio.

Governorship of Other Educational Establishments

Relationships Between Governors and Members of the School Staff 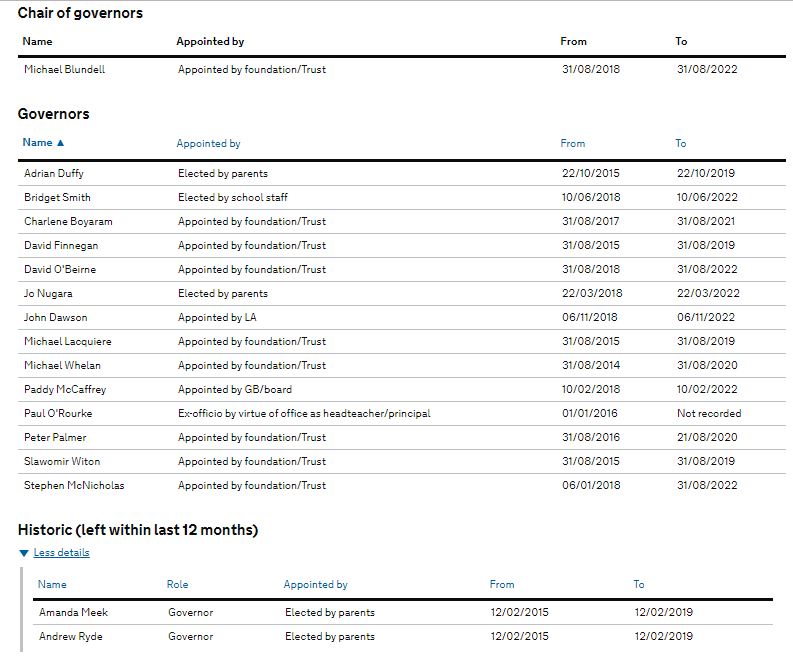