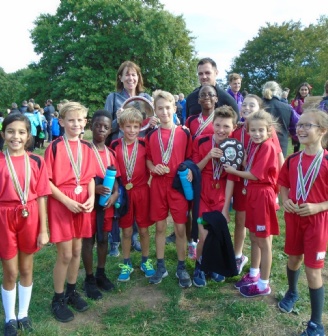 Two teams from our school, one girl's team and one boy's team, were selected to run in the Enfield Borough Cross Country Championship which took place on the 28th September 2018.  We were excited and nervous to take part because the course was difficult.  It was a mile long and very hilly.  When we got to the final hill, we were all exhausted but relieved that we had finished the race.  We all sat down for the results and were thrilled when it was announced that the girl’s team came third and the boy’s team came first.  St. George’s won the overall competition.  This was an amazing achievement as there were 25 schools entered, with 150 children taking part in each race. The prize was even more special as it was in honour of Mrs Jaques.

As reported by one of our enthusiastic team members! 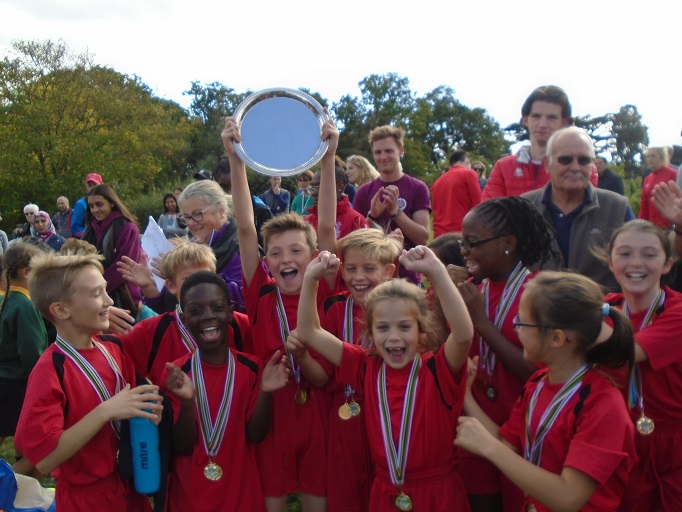