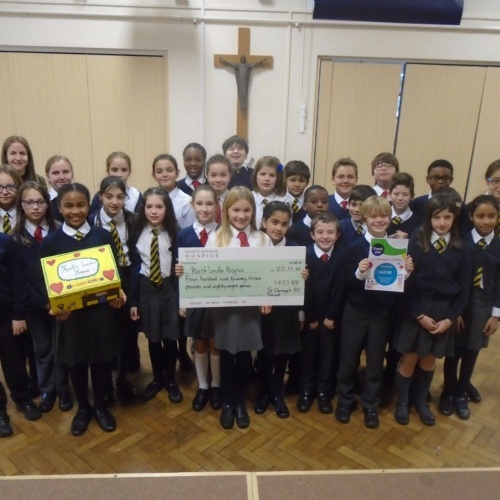 Back in July, as part of the Year of Mercy and in liaison with the North London Hospice, we organised a competition where a child would decorate a treasure box. This box had to represent the work the North London Hospice do and Jewel in class 5FI won the competition to decorate it. We are very proud of our Year 5 pupil, who put a lot of time and effort into decorating the treasure box which will be used by the charity when they visit other schools.

As a school, we also held a Muffins and Mocktails event to raise money for the North London Hospice and raised £423.88 for the charity.

We are very grateful to all the children who took part in the competition and to the parents who donated so generously to this worthy cause.